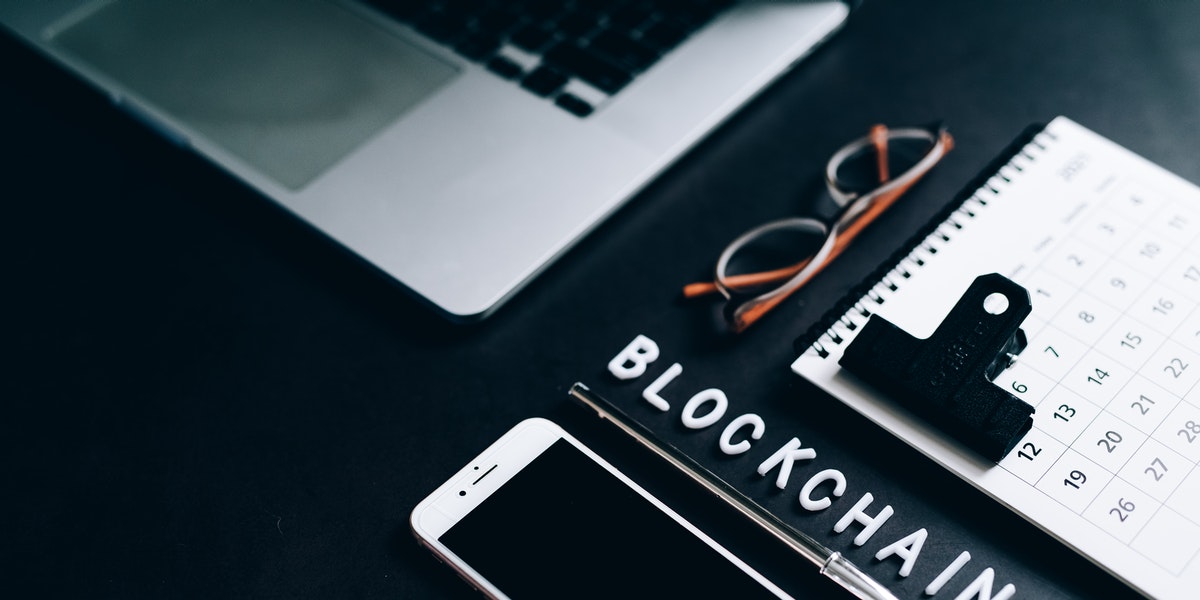 Blockchain technology has only been around since 2009, but it has already revolutionized the way we think about money, cryptocurrencies, and financial technology. How will this cutting-edge technology continue to transform and revolutionize the world? What is the future of blockchain? And how can you start using blockchain technology today? In this guide, you’ll learn everything you need to know about blockchain and its potential uses across many different industries and markets.

What Is Blockchain Technology?

As its name suggests, blockchain technology revolves around blocks – digital information that are created by computers. Each block contains a reference to a previous block, thereby connecting all blocks together in chronological order. And because each new block contains an updated version of all previous blocks (hence the name blockchain), it means that information in each block remains secure from tampering and revision. For example, if you were to try to change a transaction in one particular block on a blockchain, it would change all subsequent blocks too.

Why Should We Use Blockchain Technology?

Because blockchain technology will one day transform every industry on earth, it is essential that you learn as much about it as possible. A blockchain may be best described as a growing list of records that are linked using cryptography.

These blocks make up a permanent record of peer-to-peer transactions which anyone can view but cannot change or remove. There is no single blockchain. Instead, they are networks of individual chains maintained by separate groups or organizations and therefore do not need to depend on third parties like banks to process payments. This also makes them less vulnerable to downtime than traditional banking institutions.

Overview Of Major Industries Where Blockchain Technology Can Have An Impact

Initial Coin Offerings (ICOs) have become a new trend to raise funds. In 2020, over $5.6 billion was raised globally in ICOs by startups who sold their cryptocurrency tokens to investors. However, many countries are still yet to officially recognize or accept blockchain as a technology that can be used for any purpose.

We will go into detail about how blockchain technology can revolutionize major industries worldwide. There are many factors that contribute towards making a successful ICO campaign and we will discuss them in detail too along with how you can make your startup stand out from its competitors when releasing an ICO campaign in 2022?

In 2020, supply chain analytics company Gartner announced that blockchain will no longer be considered an emerging technology. Instead, blockchain will enter its ramp-up phase as businesses realize how blockchain can benefit them and when they should begin investing in it. The first use cases are already starting to appear.

For example, IBM recently partnered with Maersk on a global shipping platform built on top of IBM’s Blockchain Platform—to which users can add their own applications or components to build solutions customized for their unique business processes. In 2019, companies will continue to explore how they can integrate blockchain into their everyday operations—and hopefully find tangible benefits from doing so.

Even though property records are often public information (which doesn’t pose a problem), blockchain makes it easier for people to access that information without having to go through anyone in particular. As a result, we’ll see less fraud (especially around falsified documents) as well as lower administrative costs.

The blockchain has applications in every corner of society: finance, agriculture, retail, healthcare, manufacturing—you name it. There are a number of potential benefits to blockchain technology but one area that could stand to improve is education.

For example, imagine if high school students were able to take virtual classes from great professors around the world. A student might be taking statistics from someone at MIT or learning physics from someone at Cambridge University; all within a matter of seconds on a tablet device. That’s just one possible use for blockchain technology in education.

The future of blockchain will be determined by how it can help existing industries (like healthcare & pharmaceuticals) be more efficient.

One way to do that is with a system that keeps track of medical data—everything from prescriptions to vital signs—that both doctors and patients have access to, creating a clear history for each patient. The end result would be lower costs for everything, as well as easier access to care.

Blockchain has come a long way since it was first introduced as a core element of cryptocurrency. However, its potential doesn’t end there. Today, government agencies and defense organizations are using blockchain technology to secure military drones, strengthen national infrastructure, protect data-based currencies such as Bitcoin, and much more. Blockchain technology is revolutionizing these fields with innovative uses that never could have been imagined before its inception. Here’s what you need to know about how it will affect everything from international relations to your personal life in the future.

The Future of blockchain technology in its adoption from the financial sector will help reduce the number of hours spent on transactions, double spending, Fraud. A new form of monetary transactions can also be handled by it securely without interference or hacking since it's a blockchain based peer to peer network.

The future holds lots of promise for blockchain technology in the banking & financial services sector. Although there are already some promising technologies that allow fast and secure payments like other cryptocurrencies, they are not widely accepted globally.

The main limitation with blockchain technology is slow confirmation time which is due to the unavailability of distributed nodes running in a network across countries/continents at any given time/instance.

Blockchain technology has been making headlines as a revolutionary way to run a network. The ledger technology can provide organizations with more security, efficiency, and trust at significantly lower costs. Expect to see blockchain applications in sectors such as energy & power generation, distribution, & retail.

The first blockchain implementation in power systems has been deployed by a German company called Conjoule. The platform will allow electricity users to trade directly with each other, as well as reward green energy producers for their environmental efforts, without centralized control by third parties.

As it turns out, many environmentalists are equally interested in using blockchains to combat global warming due to their transparent nature. By developing a worldwide public ledger that isn’t controlled by any one entity, blockchains could force power companies to be more mindful of their carbon footprint; moreover, they can also help monitor negative effects like pollution levels on a larger scale than ever before.

Blockchains create a permanent, tamper-proof record of transactions that can be used to settle disputes. This could impact dispute resolution in a number of ways. For example, it could help remove bias in decision-making by providing an objective record to which both parties have access. It may also enable accurate record keeping by authorities as transactions are automatically logged at every stage.

In addition, since all blockchains are decentralized across networks and cannot be controlled by any single entity, governments might start using them for storage. Government records would be unalterable and easily accessible from anywhere in the world at any time via secure blockchain-based platforms that are open to anyone who wants to audit them.

We’re entering a new age where people will be able to trade unique digital assets with one another. There are two main types of blockchain assets: fungible (or exchangeable) assets like Cryptokitties, which represent something that can be exchanged for goods or services, and non-fungible assets like a CryptoKitty, which is itself unique.

The distinction between the two kinds has huge implications for how we see value. With non-fungible tokens or NFTs you’ll be able to own something entirely unique on a blockchain as well as sell it at a much higher price point than with other blockchain commodities.

Currently, one of blockchain’s most promising use cases lies in its potential to help solve healthcare’s many problems. Today, securing medical records is difficult—they’re often passed between hospitals or doctors via unsecured email servers. In fact, an estimated 4 billion health records have been compromised since 2009.

But blockchain could make these transfers easier and more secure by allowing patients to store their own data on a secure platform with consistent access permissions. Experts predict that blockchain will revolutionize healthcare within 10 years, making it easier for doctors to treat patients and hopefully bringing down costs as well.

Cryptographic techniques can help safeguard online voting, which could make it easier for eligible voters to cast ballots from anywhere in the world. Secure, verifiable voting methods are also a key component of democracy—they let citizens verify that their vote was counted as intended—so governments have an incentive to implement secure digital election processes.

In theory, blockchain-based systems will be more secure than existing electronic voting solutions because they leave an immutable audit trail that makes it difficult to alter votes or compromise election results. The lack of a central authority means there’s no single point of failure; if one node fails or gets hacked, votes aren’t lost because they remain distributed among all users participating in a given election.

Cryptocurrency isn’t exactly new: it’s been around since 2009, when Bitcoin was introduced. But today, thanks to a steady stream of compelling headlines, countless investors are putting their money into blockchain technology.

Despite its increasing popularity, however, it's not quite clear how long cryptocurrency will stick around. Even though an increasing number of businesses accept cryptocurrencies as payment for goods and services--including tech giant Microsoft--there are still plenty of questions surrounding blockchain technology that need to be answered before we fully embrace it. Is blockchain truly secure? And how long will cryptocurrencies continue to increase in value?

Investing in real estate provides a wealth of benefits, from building equity to gaining tax advantages. However, buying a house can be time-consuming and complicated; you have to jump through dozens of hoops just to get into your new home.

Unless you're willing to pay top dollar for a fast turnaround, it can take weeks—even months—to buy or sell real estate. But blockchain technology might change all that, allowing you to seamlessly buy or sell the property without dealing with banks or anyone else slowing down the process.

So what exactly is blockchain? And how could it revolutionize your future homebuying experience? Here's everything you need to know about using blockchain in real estate: what it is, why it's so revolutionary, and how investors are using blockchain today.

The Future of Blockchain and how it will change our lives, for better or worse, is unclear. However, one thing that does seem certain is that blockchain will revolutionize how we handle transactions.

The future of blockchain could also have a direct impact on many industries such as healthcare, banking, and entertainment just to name a few. What are your thoughts? Feel free to share them with us in the comments below! 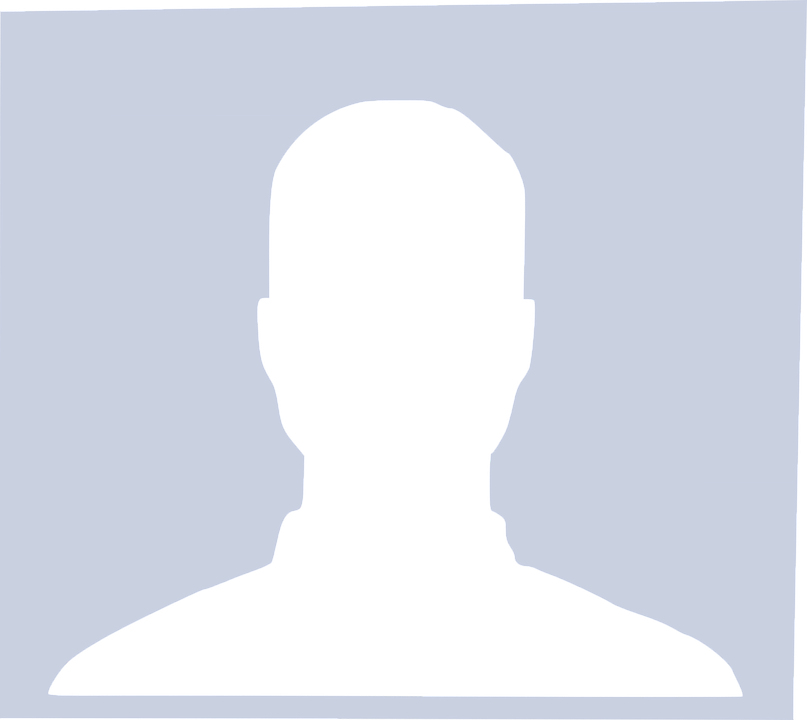 Hey, I am a technology consultant at AppsDevPro, a leading Mobile & Web development company that offers offshore mobile, web, frontend, hire Android app developers, full-stack developers. I have 18+ years of experience in writing and always looking for new ways to improve skills and learn from others. 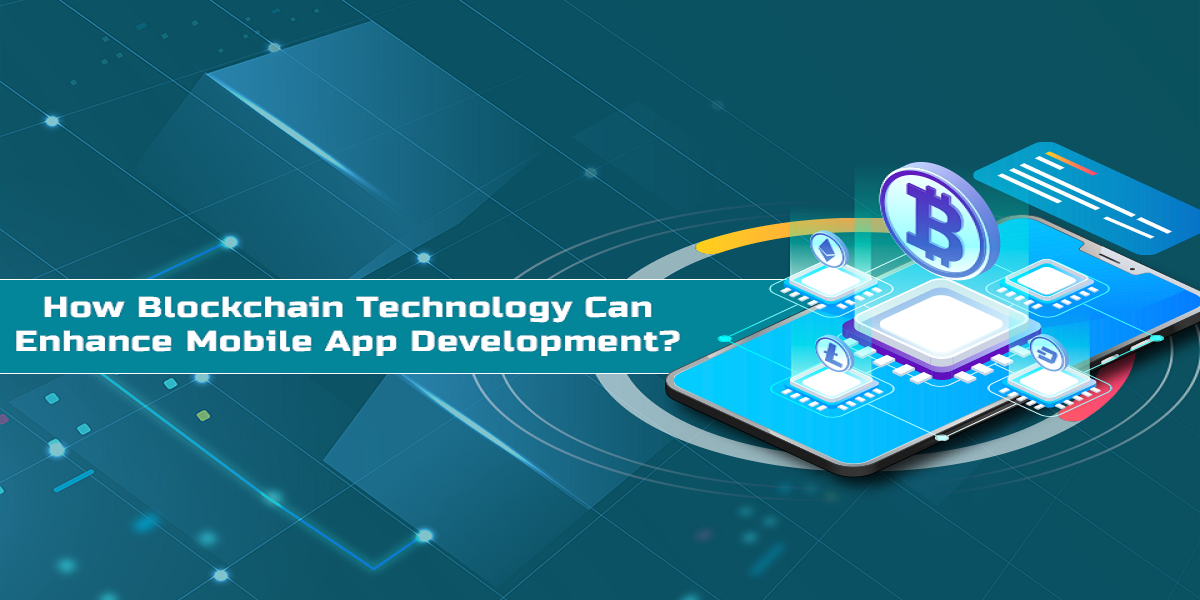 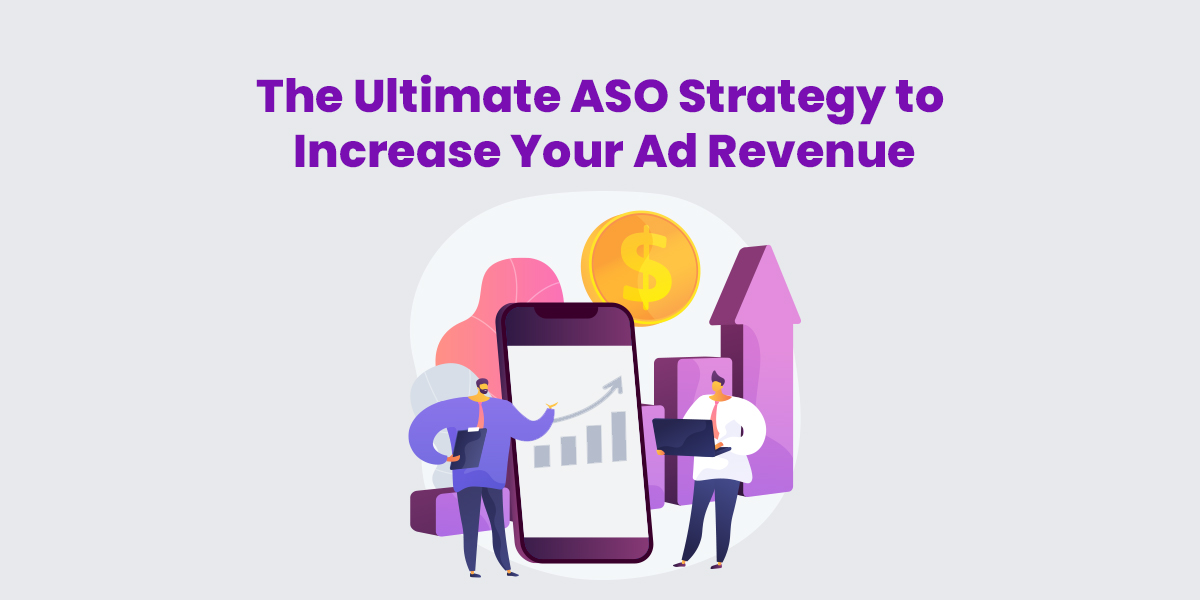 The Ultimate ASO Strategy to Increase Your Ad Revenue 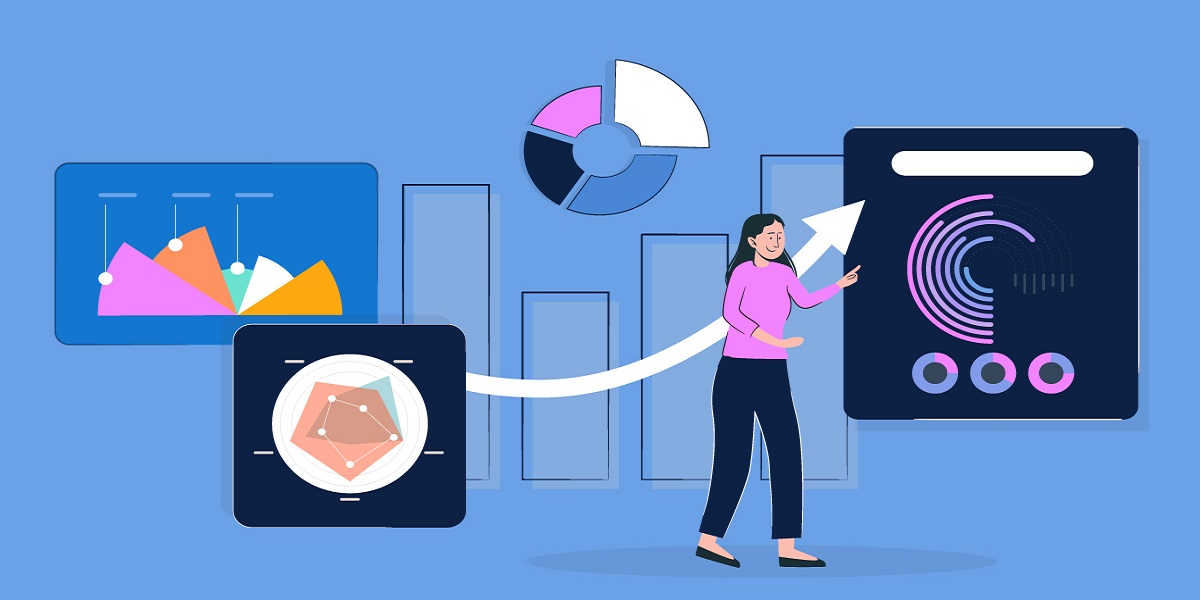 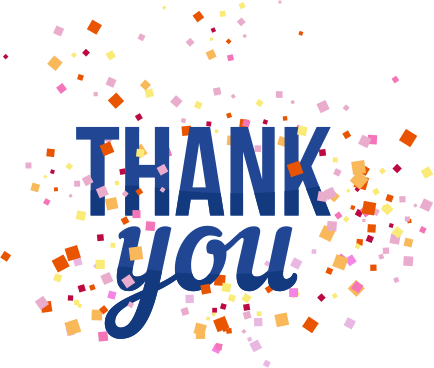